Background: An Isle of Wight girl, I worked in London in various marketing agencies as an account handler before deciding to do a ski season in ’93. I didn’t work that season, just saved my money to ski every day. The seasons have never been the same since! This lead to the launch of Mountain Rooms & Chalets several years later having met Paul (see opposite) and wanting to stay in Val. Slowly but surely I built up the business with the moral support from Paul and here we are today. Through a journey of blood, sweat & tears, MR&C continues to grow and we work hard to deliver our promise to every single client. I have the privilege of working with some amazing people and meeting unforgettable clients along the way. One thing I am grateful for - the high altitude of Val d'Isere.

Your favourite ski run in Val: OK, La Daille (too many years skiing with Paul!)

Favourite MR&C property: 107 Aquila.  A rare gem of 4 bedrooms/bathrooms right by the piste.

What you will be skiing on this coming winter: I'm not sure, I need some new skis.

When not working, I am skiing, mountain biking or road biking, sailing & racing, playing tennis, doing yoga and perfecting my boules technique.

Favourite drink: A good old gin & tonic and Gordons is the best.

Ultimate goal:  season 19/20 goal is to swim & skate ski more and leave my desk for an hour or so to do this.

What you don't know about me: I work on a treadmill work station so all the time at my desk is utilitised more effectively! 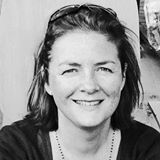 Background: I have done so many seasons in Val where I met Paul and we have been friends ever since (for over 20 years). I know the place inside out so it stands me in good stead to sell ski accommodation.  I still adore the resort and it has a great place in my heart.

Your favourite ski run in Val: that is a very tricky question......I'll get back to you.

Favourite MR&C property:  416 Choucas lived up to my expectation following the re-furb.  Stunning and so well done to the highest of standards.

What you will be skiing on this coming winter:  whatever my old friend Susan at Snowberry tells me!

When I'm not working, I am: spending time with my children and walking my mad dogs.

Favourite drink: A glass of champagne will do nicely thank you.

Ultimate goal: to get my children through school!

What you don't know about me:  nobody pronounces my name properly.  It is 'Vari' so feel free to try it next time you speak to me.

Background:  Having studied law at Aberdeen University, I went to Val d'Isere to be a chalet girl for one season and stayed for 8! When I finally prised myself away and came back to London, I became Reservations Manager for Mountain Rooms and Chalets. I left for a couple of years to pursue a career in the art world but couldn't help myself and before I knew it, I was back working for Mountain Rooms and Chalets.

After an extended maternity leave, here I am again - there is clearly something addictive about working for Mountain Rooms!

Your favourite ski run in Val:  in the old days I would have agreed with Debbie and Paul and gone for the OK but now, I would probably say any of the runs at the top of the glacier in Le Fornet or the Genepy from the Grande Motte to Val Claret - nice and easy!

What you will be skiing on this coming winter:  I am addicted to Core skis too!

When I'm not working,  I love being with my daughter, Lottie, walking our dog, Hobbs, playing tennis.

Favourite drink: like Mhairi, I do love a glass of champagne - preferably at the Blizzard!

Ultimate goal: ​for Lottie to ski  ​well - and better than me!

What you don't know about me:   I am a good old Irish girl.

Background: Following my first winter season in Courchevel in 1982 where I was employed as a 'ceramic technician' (dishwasher)!, snow shoveller and oyster opener, I acquired a passion for skiing and the mountains, learnt French and developed a refined taste for good quality shellfish! Following further seasons in Meribel and the yachting industry I finally settled in Val d'Isere in the winters. Employed by Snowfun ski shops and ski school, I was made responsible for developing the International clientelle and building a strong retail and rental team. In 12 years, Snowfun grew from 2 to 7 shops and from 10 to 65 ski instructors. Skiing began to reach a much broader market and Val d'Isere grew from 10,000 to 30,000 beds.

During the later years at Snowfun I founded 'VIP' a catered and self-catered accommodation business, which was subsequently sold on to my partners. Debbie and I met in Val d'Isere in ‘93 and she founded Mountain Rooms and Chalets a few years later. Here we are all these years on, still passionate about our business, living proof of a 'lifestyle' industry. Winters in Val, summers in stunning Lake Tahoe and the inter- seasons spent nr. St Tropez. We are still passionate about our skiing too and using our years of experience to ensure that all our guests, clients and owners receive exemplary service.

Your favourite ski run in Val: Silly question! Ask anyone who knows me where to find me........I have probably skied the OK more than anyone else in the entire resort. I could definitely ski it with my eyes closed. Love sneaking onto it immediately after it has been race prepared.

Favourite MR&C property:  21 Choucas.  I sold it through our estate agency 4 Property, we manage it through our company Val Service and now we rent it. All part of the service!

What you will be skiing on this coming winter: My fabulous 'Core Muscle Cars.' Not cheap, but worth every penny!!

When I'm not working, I am: skiing, playing tennis, Classic Yacht Racing (other people's yachts!), going to flea markets and finding cool stuff.

Favourite drink: Hot: ....half English, half Japanese, it has to be tea....Builder's, Earl Grey, Mint and even some of those herbal varieties! Cold: Can't beat an ice cold ginger beer.

Ultimate goal: Too many to name but here are a few: Hit my forehand like Roger (this is still possible).....to type faster than Debs (forget it).........to successfully create and edit a spread sheet like Phill (highly unlikely) .....Sail the world (in comfort and on calm seas and without being violently sea-sick, none of that mad Southern Ocean stuff!).

Background: I studied computer software applications and computer systems for 2 years before getting a job in an accounts office. I was promoted to assistant to the Accountant after a year and a half at which point I started studying accountancy at night school. After 3 years of study the company had grown to the point of needing an in-house IT department and I was promoted to oversee all aspects of the company IT systems. One year later and after 2 very enjoyable ski holidays, I was hooked and when two of my friends decided to go to Val d'Isere for a season, I decided I was going with them. In my first season one of my friends worked for Debbie when her computer had a breakdown! I was called round and fixed her computer at which point I was offered a job with Mountain Rooms & Chalets. Several winters later of working for MR&C in various positions and spending my summer's in Lake Tahoe, California, Debbie needed help with the accounts, so I reminded her that part of my studies included an accounts qualification. I got the job! In July 2003 I started working for Mountain Rooms on a full time basis although I'm still lucky enough to be able to spend my summers in Lake Tahoe apart from the fact that I'm now in the office and not at the beach!

Your favourite ski run in Val: Not sure I really have an outright favourite although I do really enjoy the long run down from the top of the Grande Motte to Val Claret.

Favourite MR&C property: I'm not allowed out of the office enough to see the properties!

What you will be skiing on this coming winter: A pair of Blizzards from Snowberry.  Thank you!

Favourite drink: Just a plain old pint of lager for me although I do like a good glass of red wine.

What you don't know about me:  That I both ski and snowboard.

Background:  I started ‘doing seasons’ 4 years ago with the idea of only going out for 1 year to then go to university. Here I am after 3 seasons in 3 different resorts and I am back with MR&C for a second year. Having done seasons in Les Gets and La Rosiere, getting to Val D’Isere was a whole new experience. The resort, skiing, and working for Mountain Rooms and Chalets was something I couldn’t help but come back to.

Your favourite ski run in Val:  If you can call the snow park a ski run, then it’s the place I spend most of my season.

What you will be skiing on this coming winter:  My newly purchased Majesty Rock’n’Rolla’s.

When I'm not working: I am skiing, or when back at home I am playing hockey, tennis or mountain biking.

Favourite drink:  Depending on the occasion, either a pale ale or a mojito.

Ultimate goal:  To own my own ski chalet in Val D’Isere, sold by 4Property of course.

What you don't know about me:  I am very scared of heights. Chair lifts are by no means my favourite experience!